With the 'Power Edition', fans of the Parrot AR.Drone 2.0 can take advantage of the power of the high-density lithium polymer battery. It takes the quadricopter's battery life from 12 to 18 minutes. The Parrot AR.Drone 2.0 Power Edition's automatic piloting makes take-off and landing easy. Even a beginner can fly like a pro. With an exclusive, patented control mode that adapts to your skill level, Parrot AR.Drone 2.0 Power Edition inspires you to make the boldest loops. Film an HD video on each flight. The picture is so clear that it's hard to believe you're not in the pilot's seat. Watch the film directly on your smartphone or tablet – you can either save it or share it on YouTube and social media via the user interface.

This is the lowest price ever on 2 of the best versions of Parrot’s AR Drone 2.0. Right now you can grab either the Sand or Power version of this drone for only $49.99 with FREE shipping included! These are refurbished models but for only $50 bucks who really cares. It wasen’t that long ago when these guys were selling for over $300 bucks each!

Here’s a tip: The Power version has a longer lasting battery making it a bit better than the Sand version. If it was me I’d buy the power version.

A bunch of other Drones are also on sale so if your in the market for one you should probably go check it out.

With the ‘Power Edition’, fans of the Parrot AR.Drone 2.0 can take advantage of the power of the high-density lithium polymer battery. It takes the quadcopters battery life from 12 to 18 minutes. The Parrot AR.Drone 2.0 Power Edition’s automatic piloting makes take-off and landing easy. Even a beginner can fly like a pro. With an exclusive, patented control mode that adapts to your skill level, Parrot AR.Drone 2.0 Power Edition inspires you to make the boldest loops. Film an HD video on each flight. The picture is so clear that it’s hard to believe you’re not in the pilot’s seat. Watch the film directly on your smartphone or tablet – you can either save it or share it on YouTube and social media via the user interface.

-
From the previous reviews you can see what's in the box and that this quad copter performes as advertised. Here are some FAQs that I personally wish I had answered before I bought mine. To be honest I would have bought one sooner.Q: Is this edition a good value?A: Yes. The two included batteries are more powerful than the original one you would get in a stand-alone purchase and they, alone, more than justify the purchase price. The other extras like colored props and "stealth black" hull are simply a nice addition.Q: Do I need anything else that doesn't come in this edition?A: Yes. Get one more outdoor hull. It costs about $50 and you WILL break at least one hull beyond repair. Electrical tape and gorilla glue work for a while (remember to tape each corner to balance out the weight) but you will eventually need a new one. I also strongly recommend getting the seperate GPS module sold for this unit if you plan on getting the most bang for your buck. Independant flight out of GPS range is amazing/terrifying and should be experienced.Q: How's the battery life?A: Sucks. BUT, 15 minutes per charge isn't bad for any quad copter under $2000. It's also why having two batteries is great, 30 minutes of almost uninterrupted fun is pretty good. There are also bigger batteries available.Q: How's the range?A: Sucks. BUT you can fix that. I can fly around my 1/3 acre back yard with no modifications. If you want to use a range extender for your wifi signal you can double that but keep in mind this gimps most feedback you get from the quad copter. For example, you loose the real time battery life display (it always says 100%) which is bad. The GPS module increases the range of automated flights to whatever the battery life allows. I've seen videos of 1 mile flights (round trip) on a single charge.Q: How's the video qualityA: Not bad but not GoPro quality. You get 720p video that is suprisingly smooth, still pictures suck. I've seen people attatch a GoPro to the AR Drone but haven't had a reason to do that myself. The video works for youtube and facebook, you can't film a movie with this but I don't think anyone assumed you could.
- November 8, 2013
Sturdy drone (I've already crashed it a couple times, got cocky in the wind). The indoor hull is very useful.I haven't had the wifi issues that other people have complained about- but then, I also know how to optimize my phone's wifi and made sure to tweak the correct settings.As far as the hardware and on board software is concerned, this is a great drone for the price. Battery life is industry standard, and getting more and replacement batteries is easy.What hurts this drone is that Parrot, the company that makes it, has moved on to more expensive drones. That means the control software hasn't been updated in a while, and there are no plans to update it. Means there's no controller support, no bug fixes (and there ARE bugs), and other issues, including wifi security as these get more popular. If you search the internet enough, you can find a user update to the official app, or you can use a third party app. The third party app I've used works, but the drone doesn't seem as stable when I use it.I'm likely to replace this soon with something more advanced, but as an entry level wifi camera drone, this is a nice purchase.
- June 14, 2015
I received this as Christmas gift. I love it. The videos were blurry on the left side and cleaning the lens didn't help. I finally got brave and started twisting the camera from the end. The lens screws on and is glued in place. If you twist hard enough to break the glue bond, you can adjust the focus of the lens. I suggest gluing it back with a tiny drop of Elmer's school glue or silicon glue if you have it. Don't use a permanent glue.It's easy to fly once you get the hang of it, but it, like all other drones, takes practice. I use the tilt-pad method of flying but it also has finger controls as well.Even though I didn't add the GPS, it flies and hovers much more stable with the GPS feature turned on.It is heavy enough to require FAA registration ($5.00 for unlimited aircraft for 3 years).I have crashed mine several times, but so far, no damage.I recommend swapping batteries once your level gets to 30% because at 20% the battery level drops to 0 almost instantly. If you fly below 30% make sure it is low as once it hits 20% you may run out of battery before it can land. Mine couldn't descend from tree-top level to the ground before the battery died. I caught it with my hands, but that would have been bad over my house, or if I couldn't have caught it.Beware of the wind. Wind might be faster at higher altitudes and the bird can become hard to control. With indoor shell, even a small wind can blow it off course quickly.The recorded videos look much better than the image on the ipad during flight. The live feed is not suitable to fly by so always keep an eye on the bird. Don't depend on the video to fly by or you'll crash in "clear" space. there is quite a delay sometimes.It is an easy to fly and learn drone, but start learning in a large open area! It is still easy to get away from you until you get a good feel of it.Important! Look up mods for the landing gear. That's its weak point. A few zip-ties could save you a lot of time and money in the repair.
- January 21, 2016 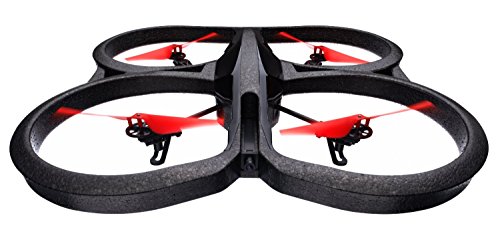 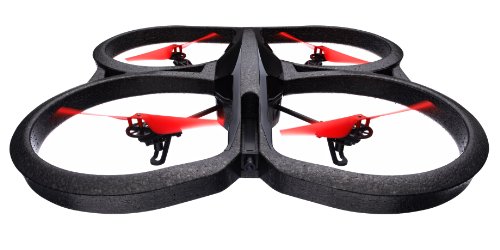 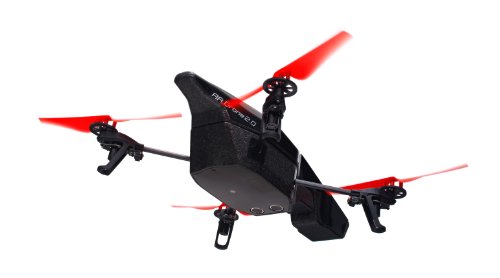 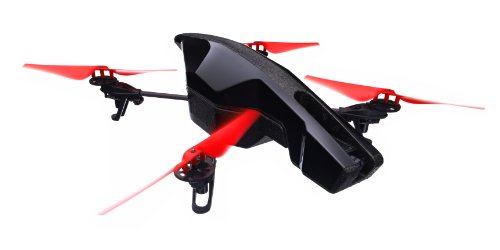 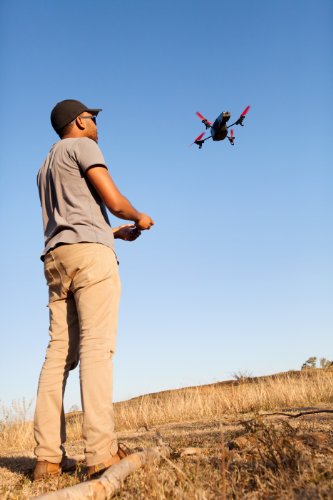 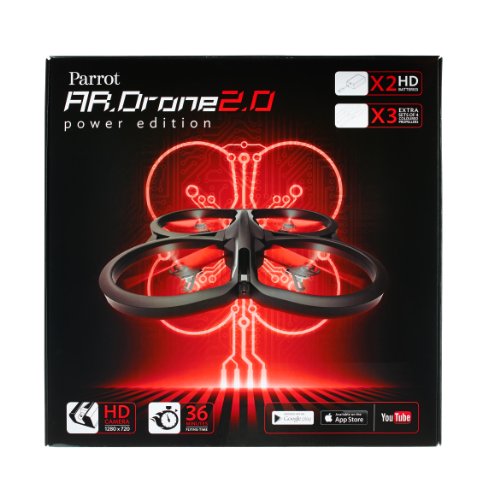 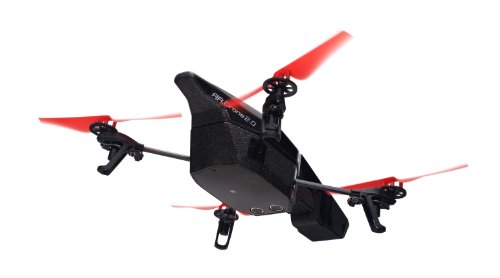 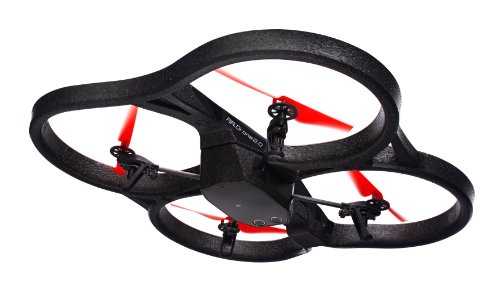 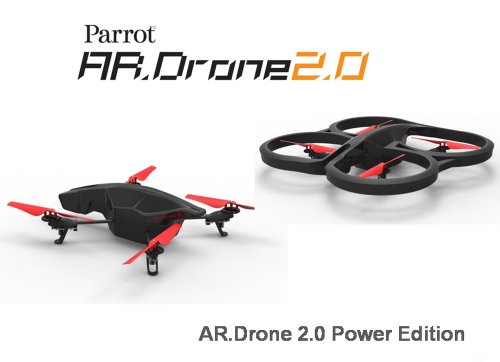 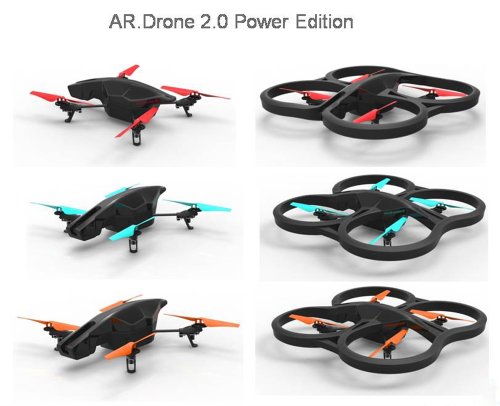 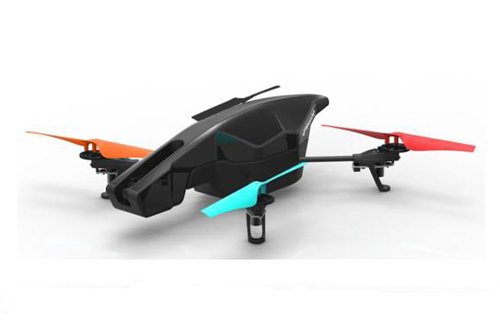 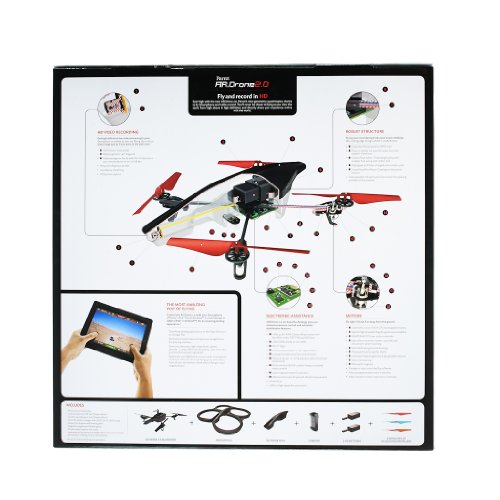 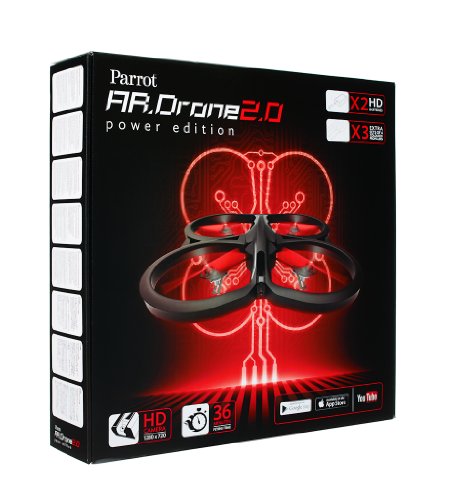 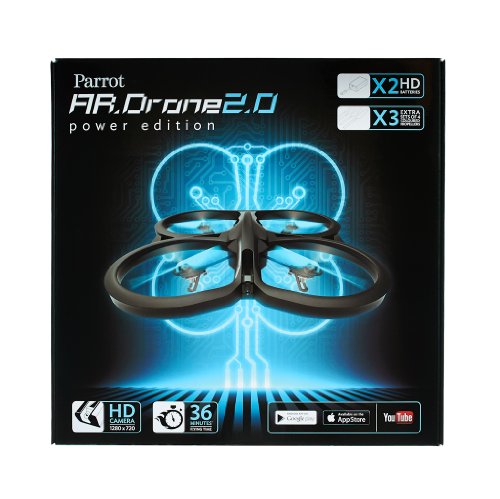 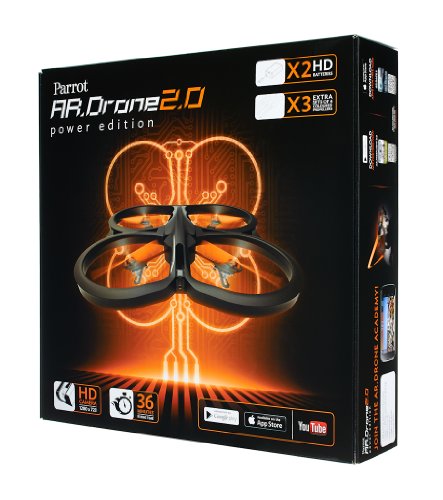 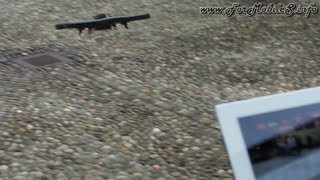 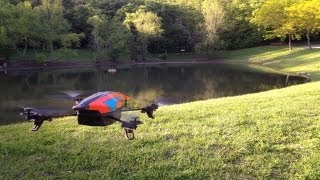 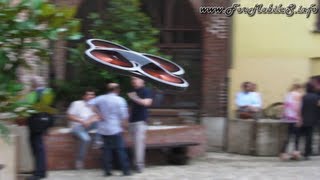 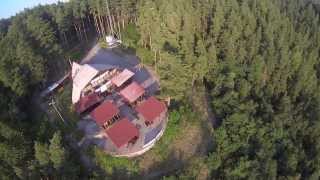 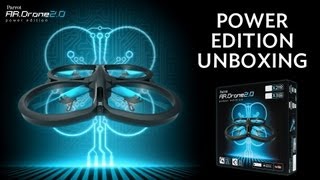